We Need a Renewed Push for Climate Action

Suddenly you realize that power, beauty and money are worthless, and won’t get you the oxygen you’re fighting for. Yet, the world continues in its beauty and only puts humans in cages. I think the world is sending us a message: You are not essential. The air, earth, water and sky without you are fine and when you come back, remember that you are my guests and not my masters - Anonymous

A coyote roaming empty streets in Chicago, US. Mountain goats in Trinity Square, Wales. A sika deer crossing the road in Japan… Himalayas seen for the first time in 30 years from 200 kilometers away in the northern Indian state of Punjab due to a sharp drop in air pollution. You have probably seen some of these pictures during the global lockdown, which serve as stark reminders of how nature is taking charge of the planet. 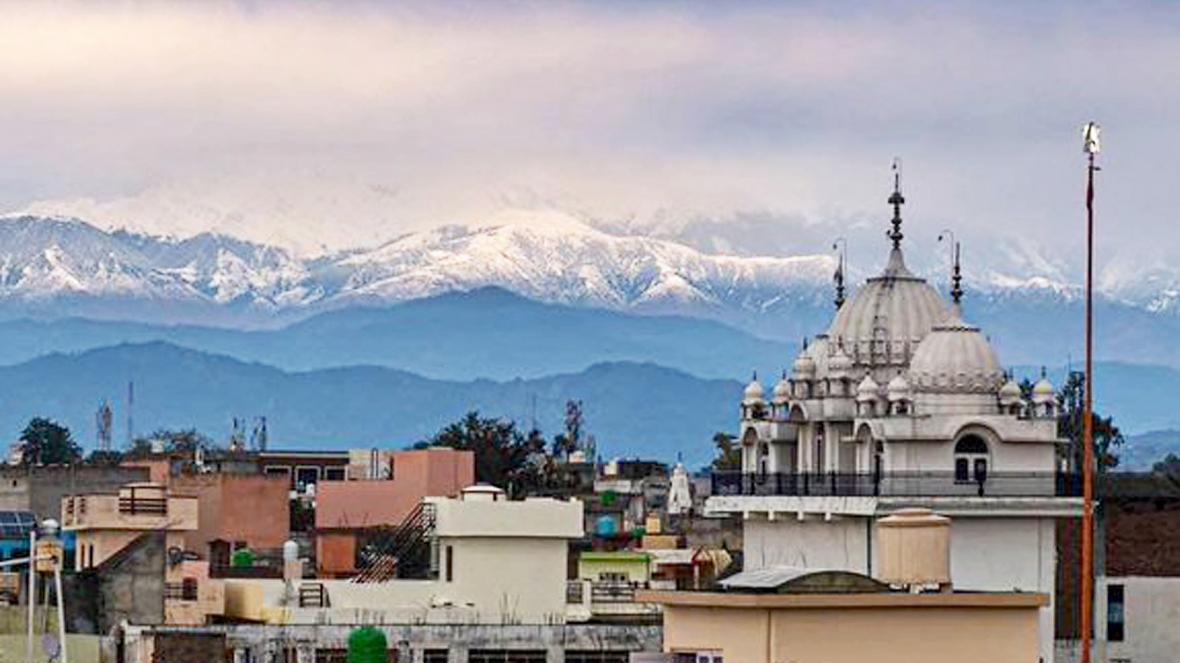 Almost a year ago, I ascended Everest to raise awareness on the imminent climate crisis. Many things have changed since then, but one thing remains the same: The absolute reality of how life on our planet is deeply connected.

The principle is quite simple: If we are to thrive as humans, we should be concerned of our ecosystem and respect nature. Otherwise, it sends us a clear message every time. This time it is the pandemic of the modern history. Throughout the history of human civilization, nothing has killed more people than infectious diseases which have increased by nearly fourfold over the past century. No wonder those have coincided with the destruction of our natural habitats. COVID-19 is not an exception. We have been living on this planet for 200,000 years, yet our impact is greater than any other species.

Despite all the negativity, one of the silver linings emerging from the pandemic is how it has hit the reset button on nature. In the first four months of the year, carbon dioxide emissions declined by 17% compared to the average levels in 2019. It is estimated that the pandemic will drive down emissions by around 4% to 8% this year; the biggest annual decline since World War II.

The level of nitrogen dioxide, one of the major air pollutants, over northern China, Western Europe and the US decreased by 60% in early 2020 when compared to the same period last year. This is significant because a Harvard University research found that an increase of just 1 microgram per cubic meter in air pollution corresponded to a 15% increase in COVID-19 deaths.

The short-term achievements are nothing to celebrate

These figures may seem positive, but the reality is that the short-term achievements are nothing to celebrate. The patterns show that carbon-dioxide levels always drop in spring and summer in the Northern Hemisphere, as plants absorb more CO₂. This time, the seasonal effect overlapped with lockdowns. 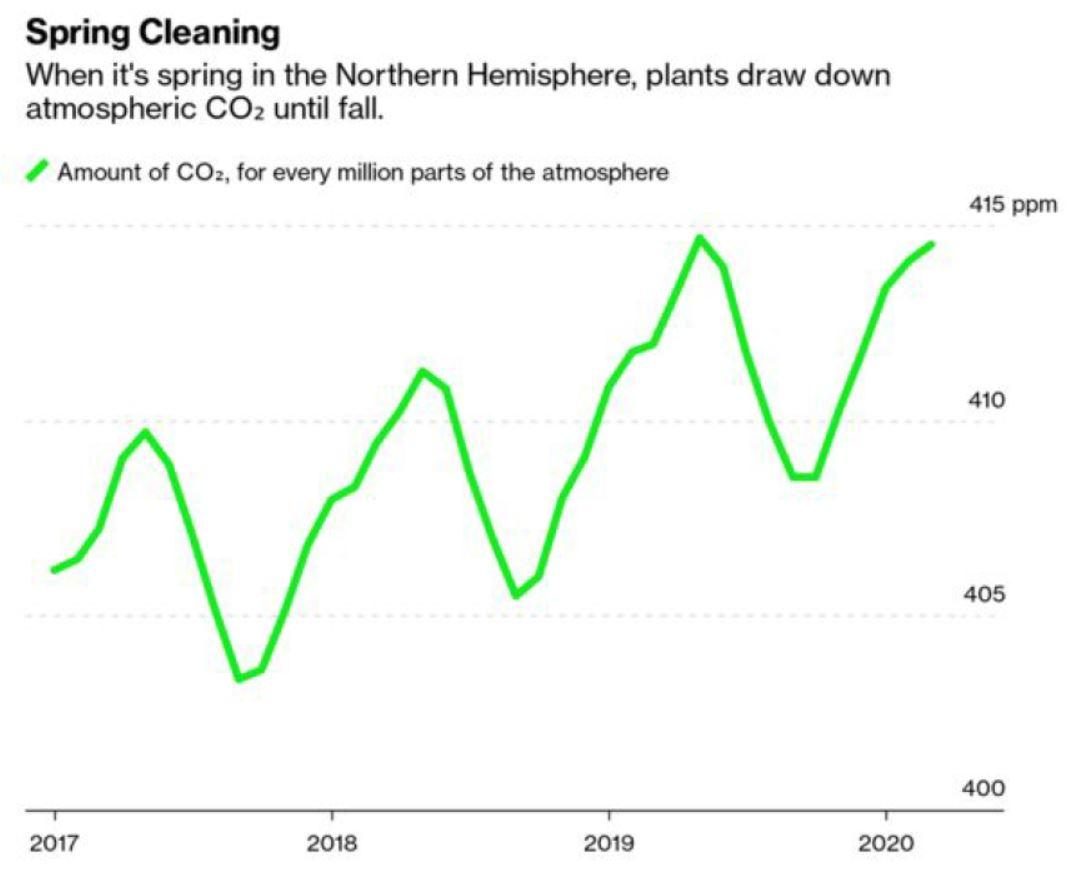 Secondly, the CO₂ concentration, which determines the magnitude of climate change and stays in the atmosphere for up to 100 years, has been rising by an average of almost 2.5 parts per million (ppm) a year since 2010. Right now, it makes up about 415 ppm of the atmosphere, up from 280 ppm in the 18th century. Scientists estimate that even a 10% drop in annual emissions this year corresponds to an increase of 2 ppm in the overall figure. 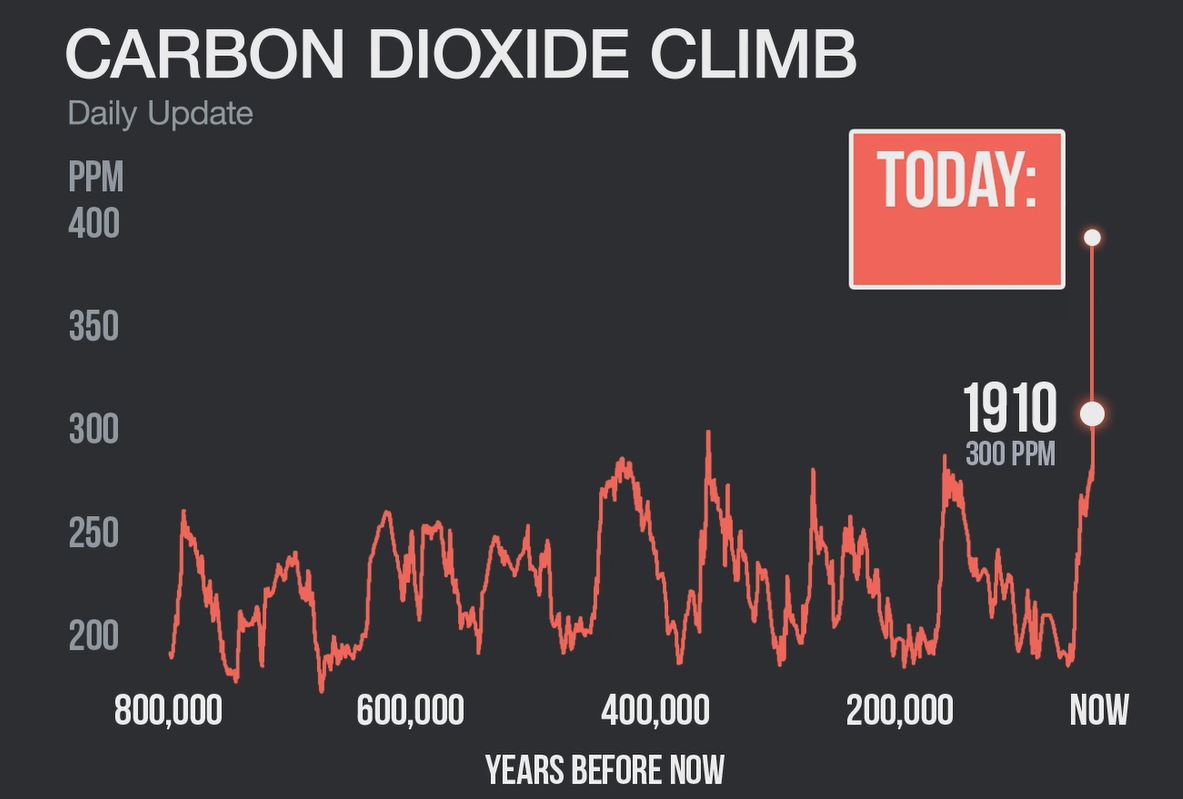 We are accidentally running a simulation by travelling less, flying less, and changing our consuming patterns for better as billions of people are in lockdown. It is encouraging to see that collective action can have a real impact and people can make sacrifices for the collective good in an emergency.

This is of course one side of the coin, but unfortunately is far from being enough. Climate crisis is still here and very much alive. Meteorologists predict that 2020 is on course to be the world’s hottest year since records began. What is more alarming is that up to one-third of the world’s population is likely to live in areas that are too hot for humans in the next 50 years. This would trigger immigration on a scale we have never seen before and we can only imagine the economic and societal disruption it would bring.

The return of single-use plastics?

The pandemic hit us at a critical time when the climate action started to gain momentum around the world. Big climate conferences, youth strikes, and policy announcements have been delayed and a growing number of countries are planning to prioritize growth over environmental protection to revive their economies. Single-use plastics have seen a massive boost worldwide with COVID-19 as sales increased in the food packaging and health-care industries. Recycling efforts took a major hit as the cost of new plastics dramatically dipped with oil price crash.

These developments shouldn’t push us off track. This pandemic offers a golden opportunity to build a green recovery, not only to overcome challenges posed by the climate crisis but for the future threats as well. 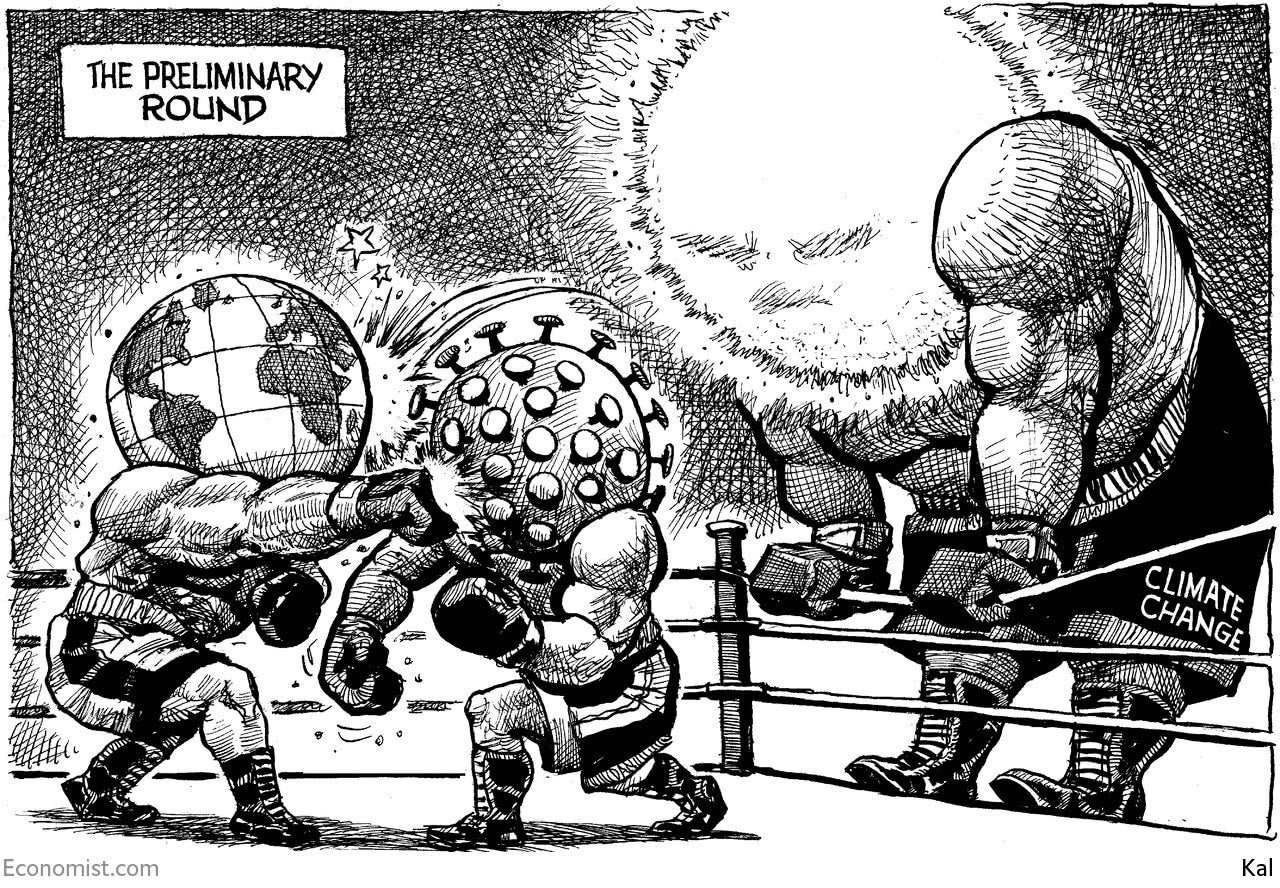 Individual actions should be supported by clear commitments from policy makers and businesses to reinforce the transition towards a low-carbon economy. The commitments should not only address creating new jobs for the sake of economic growth, but also prepare us for the ‘new normal’ and increase resilience for future shocks.

This is possible by making carbon pricing, one of the most efficient ways to reduce emissions, a priority. By putting a price on carbon, countries and industries are encouraged to limit their use of fossil fuels, thus shifting to cleaner energy sources.

Post-COVID-19 era also offers governments a key role to invest in renewable energy and subsidize businesses as they launch stimulus packages. This is the perfect moment to embrace green energy in our fight against the climate crisis. Allocating resources on climate friendly initiatives could also offer the best economic return for countries, according to the world’s leading economists.

At Arçelik, our mission remains intact: Respecting the world we inhabit.

This year, we announce our 2030 sustainability targets in line with the needs of our planet and society. Tackling climate crisis will be one of the major pillars in our business strategy, shaping a wide range of activities from investing in sustainable and green business to developing circular business models. By 2030, we aim to reach 100% renewable energy in our global operations, reduce the consumption of water & energy in our production, increase our waste recycling rates and recycle more plastic.

COVID-19 is a wake-up call for humanity, teaching us bitter lessons for future catastrophes. Today, we need a new climate push to stay awake. The failure is not an option because next time we won’t have time to wake up. The climate crisis will hit harder and sooner than expected.